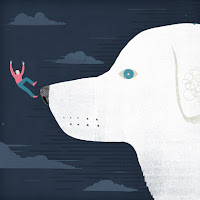 The final show of Soulpepper's summer season baffled me a little bit.

Judith Thompson's White Biting Dog was effectively executed by first time director Nancy Palk and Soulpepper's stellar acting company, but the point somewhat eluded me. It had its moments of poignancy, some of them very pronounced, but overall left me some mixture of confused and impressed more than moved or inspired.

Acting-wise, I couldn't have asked for more from Toronto's biggest theatre company. 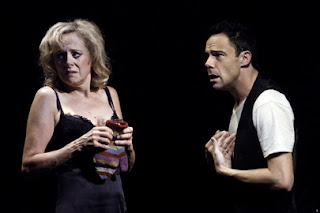 Mike Ross was captivating as Cape, the sociopathic narcissist at the centre of the action. By playing him as a sort of nice guy, Ross made the audience actually listen to him and analyze his behaviour realistically in order to understand the truth of who he was. He didn't play his anti-social disorder, he played the attempt to cover it up and wish it away- an incredibly strong acting choice.

Fiona Reid, charged with a similar but more difficult task as the outwardly damaged Lomia, hit her dysfunctional notes a little more pointedly. She was detestable on purpose, a brave choice that I found admirable if not very interesting. 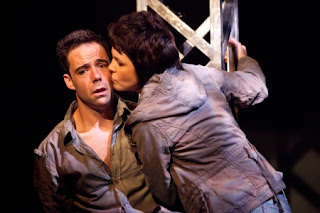 Joseph Ziegler was all over the place as dying patriarch Glidden, an avoidable reality with a script that bops around realism and fantasy like a ping pong ball.

Michaela Washburn's take on innocent passerby Pony was an interesting one. Her path through the play was smooth and forbodingly predictable as she was drawn in by the charm of the family presented before her. Washburn's sweetness played with an a sort of Ginnifer Goodwin-esque lovability while her naivete made it easy to hold her decisions against her. As she got pulled into their world, Pony allowed herself to stay on the ride, making her culpability in the final scenes just as clear as that of the characters for whom corruption was always an underlying factor. She was the audience's guide into their world but it wasn't long before I wanted to be allowed not to follow her in any further. 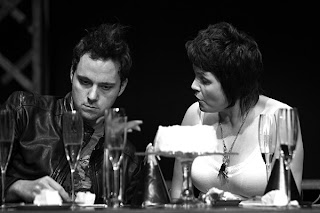 The most interesting character for me was Gregory Prest's Pascal, Lomia's much younger lover. His heightened Keanu Reeves-like persona played for some cheap laughs early on but when he dropped it the fascination began to kick in about who this guy really was, why the persona was there in the first place. Prest managed the large comedy well but it was in his deeper scenes later on that he really stepped up as the most relatable character in the piece. Pascal is a contradictory character who's at once unsure of who he is and desperately trying to hide it- an insanely hard task for an actor to pull off, but Prest mastered the bizarre role. While I admired every single actor on stage (Ross in particular for his wonderfully complex portrayal of Cape), Prest was the only one who made me care about his character.

An offbeat, absurdist text, White Biting Dog was hard to invest in but easy to appreciate.
Posted by Kelly at 4:34 p.m.