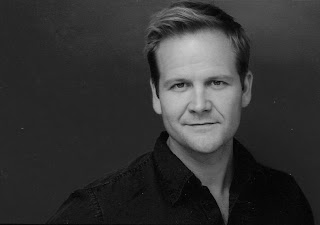 I’ve seen Evan Buliung a couple times during his eight years at the Stratford Festival. I’ve always liked him well enough but never really noticed him. I mean, I remember seeing and liking his Mercutio, but was so taken with Gareth Potter’s Romeo that I couldn’t tell you what I liked about the more challenging role. Last season, my first full year covering the festival, Buliung was wasted on the underwhelming original play King of Thieves, leaving the heavy leading man lifting to the likes of Potter and his fellow Gentleman of Verona Dion Johnstone.

But this past week, my second trip to the festival this year turned out to be a bit of a Buliung-fest. I had tickets to three shows and just so happened to be scheduled to see The Little Years and The Grapes of Wrath back-to-back.

My reviews are still coming so I won’t go into too much detail about the excellent productions themselves, but what I will say is that they both served to really highlight the truly solid leading man qualities of Evan Buliung.

In The Little Years, a largely female-driven piece, Buliung plays the only major male role- that of Roger, a morally ambiguous smooth-talking artist. Buliung makes the potentially off-putting character just charming enough to not undermine the female characters who are attracted to him while never surrendering that darker side to stock lover territory. It’s an easily overlooked but excellently solid performance.

But Buliung’s true star turn this season is in The Grapes of Wrath where he plays the central role of Tom Joad.

This is where Buliung’s kind, handsome face and trust-worthy demeanor stand him in particularly good stead. Tom, a well-meaning family man with a heroic nature, enters the play straight out of prison for killing a man in a fight. He’s rough around the edges to say the least but can’t be someone we don’t want to follow cross-country and trust implicitly. Buliung strikes that balance beautifully. His flares of temper seem grounded in an intense nature and are every bit as terrifying as the fires and floods facing the Joads, but he’s just as convincing palling around with his kid brother and sister (Gregor Reynolds and Abigail Winter-Culliford) or holding his mother (Janet Wright)’s hand for comfort. Add on his detail-perfect accent and Evan Builing gives one hell of a performance in The Grapes of Wrath.

He’s not flashy or dramatic, uproariously funny or groundbreaking, but what Buliung does well is create nuanced, palpable characters who seem as real as the actor you can see off-duty picking up a latte at Balzacs. Unfailingly castable and reliable for a strong performance, Evan Buliung is the sort of actor that every company wishes they could depend on.